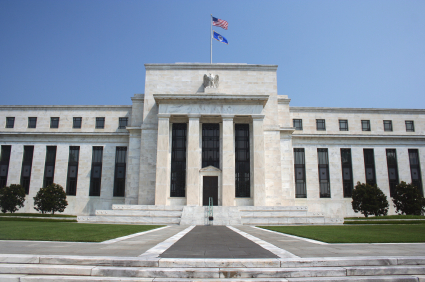 Helicopter Ben’s most recent printing spree has been branded QE 2. QE is the acronym for “quantitative easing.” Quantitative easing is Bennie’s euphemism for printing money. That’s what the Fed does, it’s a Monopoly world to them. This is his second round of easing, thus QE 2.

But there is a misconception out there as to what is really going on. There has been a lot of talk in the media about how the Fed’s bond purchase was going to instantly create inflation. People think the Fed is printing money and pumping it into the economy. But that’s not what will be occurring with these purchases.

The Fed is printing money. But they are using it to buy bonds from big banks that are government approved bond dealers, like our old friends, Goldman Sachs. Note that this is an asset swap, cash for bonds. The basics of Goldman’s balance sheet doesn’t really change – they now have cash instead of bonds, but Goldman could sell those bonds to anyone.

The Fed says that they want to reduce interest rates to boost the economy. What a joke. The idea is that by buying these bonds interest rates will go down. And it should work that way – if there is no competition for the bonds it will force rates down.

There are a couple of problems with this “plan.” First, Interest rates are currently about the lowest they have been in the history of the universe. Short term rates are next to zero and longer term rates are at historic lows.

The other point is that instead of lowering, rates have been rising since the Helicopter went to the press. Investors think Ben may be smoking something.

This is a problem for the Fed, because the underlying reason for wanting to keep rates down is to protect the big New York banks. You see, they hold trillions of dollars of financial instruments called interest rate swaps (these are bets on interest rates) and they will get slaughtered if rates rise dramatically.

This story is unfolding “as we speak.” So stay tuned.

Meanwhile, read Crisis by Design to gain clarity about who’s really behind the financial crisis, and what you can do about it.