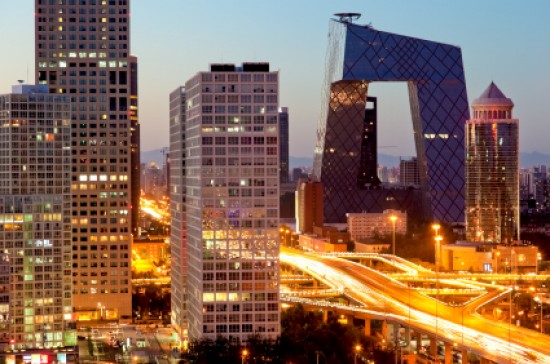 OurBlook interview with John Truman Wolfe, author of “Crisis By Design: The Untold Story of the Global Financial Coup and What You Can Do About It”

According to the Wall Street Journal, China “considers the Obama administration more confrontational than its predecessor.” Agree or disagree?

JTW: The Obama administration is posturing. There has been a marked change in the financial condition for both nations even in the last two years: China is stronger, the U.S. weaker.

Geithner and company may be perceived as more confrontational … it’s really their perceptions we are talking about … but he and the current administration are clearly in a weaker position to actually confront China on matters of their monetary policy and international trade.

And they couldn’t be talking about militarily, not when Rummy went over there before he retired and was downright ugly.

What will the resurgence of Republican power in Congress mean for U.S. relations with China?

JTW: I think this will bring a tougher bargaining posture from the U.S. side of things. Obama and company bluster in international relations and do nothing. The Republicans are more apt to dig their heels in on matters of trade, etc.

You recently met with top people from the Ministry of Finance in Beijing. What came out of those discussions that would shed light on U.S.-China relations? Did you see anything first-hand of note during your visit that sticks out in your mind?
JTW: Two things came out of my meetings and conversations in Beijing: They are very focused on gold. There was a lot of discussion about the possibility of a gold backed yuan and the accumulation of gold by citizens.

The other factor was, they were not aware of the amount of control that has been handed over to the Financial Stability Board at the Bank for International Settlements in Basel, Switzerland (they were shocked to read of this in my book, “Crisis by Design“. This was a real surprise to the people I spoke with.

China is the largest foreign owner of U.S. debt, with more than $900 billion worth as of last April. How concerned are you about this, and what does it mean for U.S. power vs. China and relations between the two countries?

JTW: I am quite concerned. The last figure I saw on this was $878 billion, but let’s not quibble about a few billion. The fact the only major Communist nation on the planet is America’s top banker obviously puts them in an extremely strong position in any negotiations we might have with them.

They can unload U.S. debt in a heartbeat. It might hurt them a bit, but it is an extremely powerful piece of leverage, and I think they will use it. You may have noted that China’s main credit rating agency recently downgraded America’s credit rating because of Helicopter Ben’s recent commitment to a $600 billion printing jihad.

On Nov. 10, China lowered its credit rating on the U.S. from AA to A-plus. Your thoughts?

JTW: Oh, I didn’t see this question when answering the last. My thoughts are that some people are “laughing it off” while others are taking it seriously. The fact of the matter is, it’s a correct call. Bernanke’s move is dollar genocide. China has now surpassed Japan and has become the No. 2 economy on the planet. If we continue in the direction we are going, they will pass us in the not too distant future. They have a long way to go to achieve that right now, but the deficit-ridden budgets of the Obama administration are adding to our very rapid decline as a world power.

It’s a travesty that must be reversed. That said, the prior administration did much of the same, just not to this degree. Washington’s fiscal policies must change if we are not to go the way of Greece and Rome.

In the last four years, those who understand that China loans more money to the U.S. than vice-versa has skyrocketed from 24 percent to 67 percent of the American population, according to the Chicago Council on Global Affairs’ “Global Views 2010” survey, with 51 percent considering it a threat to our security. Resentment about the U.S. being in hock to China surfaced in a number of congressional races, especially as part of the debate over Obama’s enormous expansion of the U.S. national debt. In your opinion, is there more awareness about China at all levels of U.S. society, and if so what does it mean for relations?

JTW: I’ll be frank, I am surprised at how high that awareness has risen according to those polls. This shows the public is awake and concerned about this. I have seen a growing awareness, but, as noted, I didn’t know it had grown that rapidly.
That said, when I do media appearances, it is always an issue now, when it wasn’t previously. It is, to use your words, the enormous expansion of the debt that has brought the public’s attention to the fact that the Chinese are our No. 1 banker.
If you mean, diplomatic relations, as noted above, this gives them definite leverage in any discussions or negotiations whether about trade imbalances, currency reform or military issues.

Let’s be real, how do you persuade or push the Chinese in some direction they may not want to go, when you owe them close to a trillion dollars?

In 2009, the U.S. exported $69.6 billion in goods and services to China while it imported over $296 billion, for a trade deficit of about $227 billion. For September 2010 alone, the deficit was $44 billion. With the U.S. obtaining goods and services it wants cheaply and China getting a huge infusion of U.S. money, wouldn’t this help relations with both sides being happy? Or are there other reasons why the trade deficit would harm relations?

JTW: Trade and commerce are generally good for foreign relations. But the imbalance here is enormous, which is why they have about $3 trillion in reserves. The U.S., the beacon of free enterprise, is $14 trillion in debt (not counting unfunded liabilities).

Additionally, the fact that the Chinese have roughly a third of their reserves in dollars and the value of those dollars is falling like a rock off a tall building is also straining relations.

China’s affluent and middle class could grow to more than 400 million by 2020, according to Boston Consulting Group, or larger than the entire U.S. population. How will this growing and immense purchasing power affect the global power balance?

JTW: This is a major focus in the PRC today: empowering the middle class economically. I saw clear evidence of this in my last trip there earlier this year. As to your question, it will obviously strengthen China’s growing dominance. China is the 900-pound gorilla of the 21st century. As it strengthens its middle class, it ceases to have to rely on foreign (read U.S.) markets and hang on to greenbacks that are depreciating rapidly.

Is the conflict between U.S. and China mainly economic or are there any significant military aspects as well?

JTW: In the first place, I really don’t think there needs to be a conflict. China will be a, perhaps THE, dominant power on the planet in the 21st century. If we can return our government to some sense of fiscal responsibility and foster true free enterprise (and by that I mean, freedom to create and produce, not corporate greed), then there would be a planetary sharing of power.

Without that, we’re toast.

Our disagreements and confrontations are primarily economic today. And our military is bigger and stronger today but if we continue to spend trillions on foreign wars, which truly do not serve our national interest, they will surpass us militarily. They are quietly building their military might as we are dissipating ours.

China continues to impose strict censorship on the Internet, requiring the country’s websites to monitor and delete content objectionable to the government. What kind of factor is this in U.S.-China relations? Considering this factor alone, is it difficult for a nation that doesn’t control the news to compete with one that does?

JTW: I don’t necessarily agree with that. I think we are stronger, and are recognized as such, by permitting free exchange of ideas. Our First Amendment does give us the moral high ground here and it is well deserved. We have much to fix here at home, but travel to Russia or China, as I have, and you soon appreciate what it means to be an American. It’s unique. We remain a nation of law, with a Bill of Rights that elevates America to an exalted status among nations.

We also have our share of human rights issues here at home, but compare them to the religious intolerance and persecution in China or Russia for that matter, and they pale in comparison. The Russian Constitution of 1993 is a wonderfully written document. But that it remains, a document. There is not a history or tradition in Russia for the kinds of individual freedoms guaranteed by our Bill of Rights. Their wording is beautiful, their actions, not so much.

So I don’t think the fact that we don’t control the news to be a hindrance. It is the opposite. It is a point of pride and something freedom-loving people in all nations of the world admire and respect. And this gives us a powerful tool in the matter of moral suasion with China.

The status of Taiwan used to be the biggest impediment in U.S.-China relations. Is it still a major factor?

JTW: It’s not the factor that it was. This is partly due to the fact that there is a growing economic interchange between Taiwan and the PRC.

JTW: China’s slow but inexorable embrace of free enterprise is a very hopeful sign. And increasing economic freedom will, of necessity, bring more individual liberty. This is not some Pollyanna view of what goes on there, but “The times, they are a changing” in China. And they are changing for the better. There is no guarantee that this will continue unabated, but there will come a point that there will be no turning back.

Hopefully, that will be sooner rather than later, and hopefully as well, it does not result in the autocratic-democracy of Vladimir Putin. He is a skilled and crafty leader. But cross him, in the press or politically, and the ostensible rule of law disappears in the blink of an eye. It is possible that China will get beyond that one day.

I don’t know how far things will progress in China. But they are currently moving in the right direction and personal liberty will ride on the back of prosperity for the middle class.

Is there anything else you’d like to say about U.S.-China relations?

JTW: If we have our financial house in order, tensions will dissipate. U.S. Chinese relations will improve to the degree that we restore fiscal responsibility here at home.

(Mr. Wolfe also has written books and articles including “The Financial Crisis: A Look Behind the Wizard’s Curtain” and “America the Litigious” … plus “Mind Games” and “The Gift” in his Tom McKenna thriller genre. He has been a senior credit officer for two California banks … one in the San Francisco Bay Area, the other in Beverly Hills … and is co-founder of a Los Angeles-based business management company in which he was a registered investment advisor.

(Shortly after the fall of Communism, he made several trips to Moscow giving seminars to leading bankers and senior members of the Russian government. In recognition of his work, government officials commissioned a sculpture of his bust by the noted Russian sculptor Sergi Bychkov, which resides in the Hall of Heroes of the Ministry of Internal affairs. He has an M.A. from San Jose State University and is former chairman of the Department of History at John F. Kennedy University.)

This interview originally appeared in OurBlook a Political Blog Exploring Journalism and Politics .