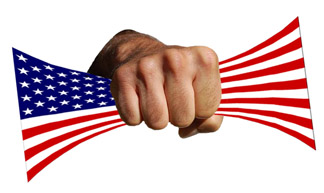 There is an article in The Daily Bell, published on April 23 entitled,  IMF Austerity is Headed to America – Watch Out!

The article is written by the newsletter’s editor Anthony Wile.

The Daily Bell is an economic/political newsletter.

Wile’s warning that an IMF based austerity program is coming to America might sound out of the realm possibility to some, but in my opinion it is the exact scenario that is being planned by the Bank for International Settlements and the IMF.

As I have made clear in Crisis by Design the Untold Story of the Global Financial Coup, what is going on in the world of international finance is entirely orchestrated. The conductor sits in Basel, Switzerland in the form of the Bank for International Settlements.

The purpose of the financial crisis was to take down the U.S. and the U.S. dollar as the stable point in international finance and replace them with the a Global Monetary Authority – a body governing all planetary finance. That monetary authority has been established in the Bank for International Settlements and the dollar is falling like a rock off a tall building.

The financial crisis which hit the United States in 2008 and roiled the U.S. economy through 2009, was Act I of a staged play. The economic crisis that is rolling through the P I G GS right now (Portugal, Italy, Ireland, Greece and Spain), is the second act.

Act three will see another financial crisis in the United States whereby the United States government will wind up going cap-in-hand to international bankers. It will  occasion the IMF taking greater control of U.S. fiscal policy by either dictating to our Secretary of Treasury or Congress in exchange for loans or loan guarantees or strengthening the dollar.

This may sound out of the question to some at this time. But it is my very considered opinion that at some point in the not-too-distant future, the United States will have to turn to the IMF and/or the Bank for International Settlements for some form of financial aid.

Congress and other industrialized nations must put some form of control – some kind of checks and balances – over these international bankers if we are going to regain responsibility for our American way of life.