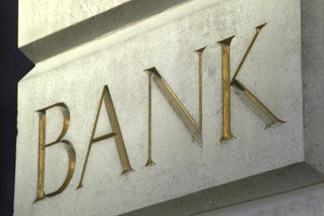 Since the beginning of the Global Financial Crisis, I have had several requests to do reviews of the financial strength of several banks. In the course of some of these assessments, I have found that the bank I was examining was in trouble, or heading for trouble and I recommended another.

During the last few years the condition of the banking industry in this country has continued to deteriorate. You can imagine this graph in your head:

However, the number of institutions on the FDIC’s problem bank list is the highest as far back as my records go (1990) at 888. This means 11.7% of the country’s banks are on the problem list. And banks have been falling like flies. There are only about half the number of banks in the United States today (7,574) as there were in 1990 (15,158).

As you can see, the industry has also been consolidating. In fact, just four banks now control about a third of the deposits in the U.S. The Big Four are Bank of America, Wells Fargo, JP Morgan Chase and Citibank.

In years gone by, I have, on occasion, recommended Wells Fargo or JP Morgan Chase. But these banks no longer warrant positive ratings.

In fact, the most current analysis reveals that Bank of America, JP Morgan Chase, and Wells Fargo are all rated D+ or worse by Weiss Rating, one of the premier bank rating firms. These banks are specifically labeled “Weak” by Weiss, meaning the “…weakness could negatively impact depositors or creditors.”

And Citibank is only one step up at C, meaning “fair.”

What can be done about this?

1. What difference does it make, you ask? The government will cover me. Well, okay, but did you know the FDIC is currently broke – they are show a deficit of $1 billion as of March, 31, 2011. They do have a $500 billion dollar credit line with the Treasury but their fund is upside down.

3. If you need a major, multi-branch bank, use Citibank.

4. If you want to check out your bank, you can go to www.bankrate.com or www.weissratings.com

These sites rate by a star rating system (1-5) at bankrate, or a letter grade at Weiss. This will give you a general indication. These ratings are helpful, but they are, for the most part, snap shots of a particular point in time – they don’t consider long term trend. Bank rate costs nothing, Weiss does not charge for the grade, but charges a modest fee for a more detailed analysis.

5. If you want a professional analysis of your bank’s financial strength and a recommendation for a new one if yours is “weak”, let me know. I charge for this service (the analysis takes time and I have to pay for data base research). Fees are $250 for an analysis of your bank and another $100 to research and recommend a new bank (if this is needed).