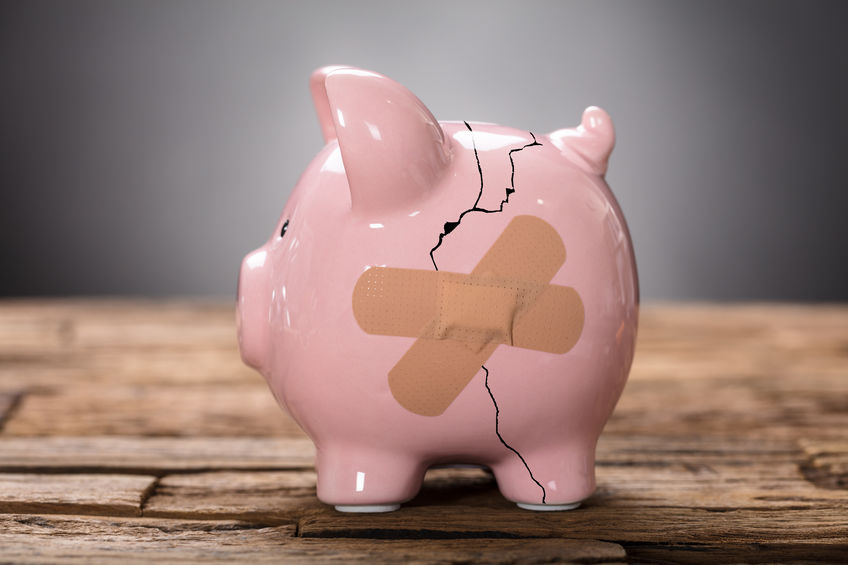 Bankers are usually the villain of the piece.

You know, the slimy-looking character with the oily handlebar mustache who is about to foreclose on the mortgage of the farmland owned by the aging rancher and his pretty, blonde-haired daughter.

But that’s not the case today.

Virtually every bank or financial institution that I have been able to check out is offering their customers the opportunity to defer payments on everything from credit cards to auto loans and mortgage payments.

The deferments being offered vary but are typically no payments for up to three months (some are for shorter periods). In some cases, the interest continues to run on the balance due but in some cases, even the accruing interest is suspended.

I’m sure the motives vary, but I would like to give the industry credit for actually stepping up and caring for their customers in the midst of an economic crisis the likes of which we have never seen before.

In this article, I am not going to get into the possible causes of the virus. I am writing here to validate the banks and also to let readers know that these accommodations are being offered by virtually every lending institution I’ve checked.

Whether the banks are doing this out of humanitarian motives, peer pressure from their competitors or being strong-armed by the president, it is happening. The fact that the banks are providing these accommodations, for whatever reason, is an act of help for millions and should be acknowledged as such.

If you were not aware of such accommodations being offered by your bank, I would encourage you to go to the website of your bank and follow the links that’ enable you to either sign up for an of loan payment deferment online or via an 800 number to call.

There is, however, another side to this. Let me quote from a recent article by Simon Black, a widely read business and financial commentator. It’s not a good news report on the banking industry, but there are times when it is important to confront a situation so it can be handled.

“How much money will the banks lose because of this pandemic?
“It could easily end up being hundreds of billions of dollars, even several trillion dollars.
“No one knows. But it’s not going to be zero. It’s silly to think that banks are immune to the Coronavirus or to assume that not a single bank is going to run into problems.
Don’t get me wrong– I’m not saying that the banking system is about to collapse. There are stronger banks and weaker banks. Many of them will survive, others will fail.
“What I am saying is that there are enormous and obvious risks that threaten the banking system.
“As I’ve written several times over the past few weeks: Anyone who says, ‘No, that’s impossible,’ clearly doesn’t have a grasp of what’s happening right now. EVERY scenario is on the table, including severe problems in the banking system.
“But the FDIC insists that there’s nothing to worry about.
“That’s ridiculous. The FDIC only has $109 billion to ensure the entire $13 trillion US banking system. That’s less than 1%!
…
FDIC won’t have enough ammunition to fix it… and that doesn’t even consider trillions of dollars more in potentially toxic derivatives exposure.
So, to casually brush off these risks and claim that everything is 100% safe seems incomprehensible.”  His site is referenced at the end*

And some financial institutions were not in great shape before the crisis. One credit union I examined for a client had $70 billion in deposits and $75 billion in loans! That means the credit union lent out all of their member’s deposits AND borrowed another $5 billion or took it from their capital and lent that out!
And one of the bank/credit union rating agencies gave it 5 stars. Are they deaf, dumb, blind? Sorry, but these people are smoking something.

Having said that, the star ratings for most of the rating agencies are at least better than having no data. You can go to Bauer Financial, Weiss Ratings or Bank Rate. Costs are minimal.

If you want me to do an analysis of your bank’s strength, send me an email at bruce@brucewiseman.net. Give me the name of your bank or credit union and/or those you may want to be analyzed, and I will research them and send you a report as to your bank’s relative strength or lack thereof. I do have to charge for this service because it takes time to pour through a bank’s financial statement and determine its key strengths and weaknesses. (I have been a senior credit officer at banks in the San Francisco Bay Area and Beverly Hills. I know what to look for in a bank’s financial statement to evaluate its financial stability. And, trust me, I won’t give a positive recommendation to a bank or credit union that has lent out all of its depositor’s money!)

But regardless of your bank’s strength, remember, financial institutions are granting payment deferments on credit cards, auto loans and mortgages for up to three months. Check with your bank to see what they are offering.