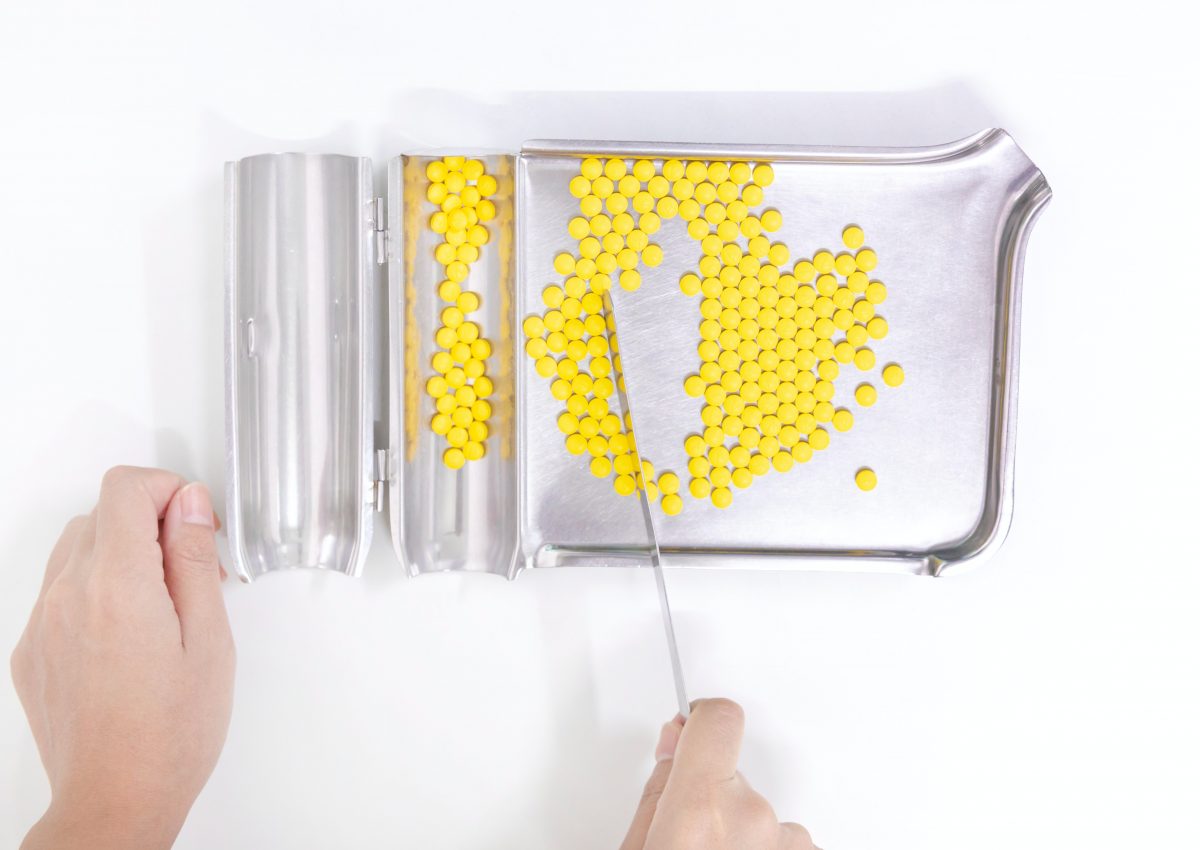 A SNAKE OIL SALESMAN BY ANY OTHER NAME…

The difference between a snake oil salesman and a psychiatrist is that the snake oil that was brought to the United States by the Chinese who came to help build the Transcontinental railroad actually had medicinal benefits.

“Made from the oil of the Chinese water snake, which is rich in the omega-3 acids that help reduce inflammation, snake oil in its original form really was effective, especially when used to treat arthritis and bursitis.”

The Chinese shared the remedy with some of their American co-workers, but it was American “entrepreneur” Clark Stanley who swiped the snake oil brand and engaged in an aggressive advertising campaign selling the potion as a “cure all”. The trouble was that Stanley’s snake oil was composed of some innocuous fatty liquids and additives…but no snake oil. Stanley’s fraud was eventually exposed, and snake oil salesmen became synonymous with charlatans and those who sell fraudulent goods and services.

The difference of course is that the psychiatrist’s snake oil, the violence inducing, mind altering drugs, marketed under the cover of mental health treatment, is at the very core of many of the horrific incidents of mass murders that have shattered American society over the last few decades.

When the public – particularly legislators, law enforcement and educators – hear the term “mental health” they have often been led to believe this means some beneficent counseling, perhaps with a light sprinkling of medication, that can deter the recipient from potential acts of violence.

The reality is that today the term mental health usually means drugs. Mind altering, violence-inducing drugs. Between 80 and 90 percent of those treated for mental health conditions are prescribed psychiatric drugs that alter the mind and, as we will see below, in some cases, motivate the recipient to commit horrific acts of mayhem.
https://www.statista.com/statistics/252316/type-of-mental-health-service-used-by-us-adults-since-2002/

If Clark Stanley, an itinerant cowboy, was a charlatan, consider the modern psychiatrist. Living in large measure off of the American taxpayer (the U.S spends $238 billion a year on mental health treatment – yes ¼ of a trillion a year), the psychiatrist operates entirely on opinion, not science.

Virtually every branch of legitimate medicine determines and diagnoses physical illness based on science, on tests. Diagnoses of cancer, diabetes, heart disease, pneumonia, etc. are made based on scientific tests.

There is no science in psychiatry, there are no tests: no X-rays, blood tests, CAT scans, urinalysis, none. The psychiatrist makes a diagnosis (and bills) based on “mental disorders” listed in book called the Diagnostic Statistical Manual (DSM). And how do mental disorders come to be listed in the DSM so they can be charged for? They are voted in – a show of hands. It’s a political process. No tests, just opinion.

Solution after solution to the ongoing mass shootings has been offered. But the senseless slaughters go on. Innocent young souls in schools, those in churches seeking to affirm their relationship with God, and everyday Americans, gunned down in acts of madness.

The talking heads start: “He was bullied,” “He was fired,” “His girlfriend left him”, “He was despondent,” “Police have been unable to find a motive.”

But the evidence is right in front of them and, afterword, it screams at them from the grave.

A common denominator to many of these on-going acts of senseless violence, one thing they have in common, is that the shooter was on at least one psychiatric, mind-altering, drug and/or other mental health treatment.

It is a long, bloody trail, full coverage of which is far beyond the scope of this article as there are dozens. But a review of a few of the more high-profile cases proves instructive.

In May of 1998, Kip Kinkle shot and killed his parents before driving to Thurston High School in Springfield, Oregon and opening fire on his classmates, killing two and wounding 25. Kinkle had been prescribed the anti-depressant Prozac and Ritalin. (Anti-depressant side effects include hostility, aggression, psychosis, violence and suicidality.)

Assassinating parents prior to a school massacre has a gruesome history. Adam Lanza, the 20-year-old killer that slaughtered 26 people at the Sandy Hook Elementary School in Newton, Connecticut on December 14, 2012, had shot his mother four times in the head before driving her car to the school and murdering twenty 6 and 7-year-old children and six adults. Lanza had been prescribed the antidepressant Celexa by a psychiatrist, though reports state that his mother took him off the drug due to perceived physical side effects. However, withdrawal effects from antidepressants and other psychiatric drugs can be chaotic (“According to researchers, withdrawal symptoms from psychiatric drugs ‘may include anxiety, depression, mania, and psychosis…”)
https://www.madinamerica.com/2019/04/withdrawal-symptoms-routinely-confound-findings-psychiatric-drug-studies/

Eric Harris and his co-conspirator, Dylan Klebold, murdered 12 of their fellow students and a teacher and wounded 23 others in a massacre at Columbine High School in Columbine, Colorado on April 20, 1999. Then they killed themselves. Harris was on the antidepressant Luvox. (Another antidepressant. See side effects as above.)

A Colorado government hearing into the Columbine shooting heard evidence that led to panel chair, Colorado State Rep. Penn Pfiffner to state about psychotropic drugs and violence: “There is enough coincidence and enough professional opinion from legitimate scientists to cause us to raise the issue and to ask further questions.” Further, “If we’re only interested in debating gun laws and metal detectors, then we as legislators aren’t doing our job.” [Kelly P. O’Meara, “A Different Kind of Drug War,” Insight Magazine, 13 Dec. 1999.]

James Holmes, the infamous “Batman killer” who opened fire in a movie theater in Aurora, Colorado at a midnight showing of The Dark Knight Rises, killed 12 and wounded 70. Holmes was on the anti-depressant Sertraline (a generic form of Zoloft), the dosage of which had been recently tripled.

On November 5, 2017, Devin Kelly, a 26-year-old former Air Force, E-1, went into the First Baptist Church in Sutherland Springs, Texas and slaughtered 26 people, some infants as young as 18 months, and injured 22 others before killing himself. Kelly was reported to be on heavy doses of psychiatric medication.

37 Mass Shooters Who Were On Antidepressants

Stephen Paddock committed the largest mass killing in U.S. history on October 1, 2017 when firing more than a thousand rounds of ammunition from his hotel room in the Mandalay Bay into a crowd at a country music festival in Las Vegas killing 60 and wounding 411. Paddock had been prescribed the benzodiazepine called diazepam (commonly known as Valium), whose side effects include rage, aggressiveness, psychoses and delusions.

Cho Seung Hui, a 23-year-old, naturalized American from South Korea went on a deadly shooting spree at Virginia Tech murdering 27 students and five teachers killing a total of 32 people in two different campus buildings. The New York Times said investigators found psych meds among his effects, while another newspaper said he had been observed taking antidepressants.

You don’t need to be a rocket scientist or even Sherlock Holmes to connect the dots. There have been 409 official international drug agency warnings issued on psychiatric drugss, 49 of which warn of self-harm, suicide, or suicidal ideation (psychotic fantasizing about committing suicide).

Adam Lanza committed suicide after his massacre, and so did Devon Kelly, Stephen Paddock, Cho Seung Hui, and Eric Harris.

“Some 90 percent of school shootings over more than a decade [leading up to 2012] have been linked to a widely prescribed type of antidepressant called selective serotonin reuptake inhibitors or SSRIs,” according to British psychiatrist Dr. David Healy, a founder of RxISK.org, an independent website for researching and reporting on prescription drugs.
https://rxisk.org/wnd-education-psych-meds-linked-to-90-of-school-shootings/

As you can see, the snake oil is now a raging poison tearing at a million minds like a California wildfire seeking to ignite the next public slaughter. And the charlatan, cloaked by pharma’s billions, continues to hawk the snake oil despite a staggering 409 psychiatric drug warnings.

For instance, the number of children between the ages of 5-12 taking antidepressants has increased 41% since 2015. The snake oil salesman’s seeds of evil. Time bombs waiting to off.

What should be done?

1- Various legislative solutions have been offered. But there are more than 43 million Americans on antidepressants and until it is understood and recognized that psychiatric drugs, antidepressants in particular, cause some percentage of people who take them to commit these heinous acts of senseless violence, these mass murders will continue.

Politicians and law enforcement must recognize that these facts are being denied them by psychiatric advisers we are ever going to solve this ongoing carnage.

Number of People Taking Antidepressants in the United States

2- Legislation should be passed that mandates toxicology testing for psychiatric drugs in those committing acts of mass violence, including when a shooting has occurred. The results should be made public and available to health care, law enforcement and other appropriate bodies.

2-Alternative non-drug protocols, that do not have these violent side effects, should be advocated.

Of particular importance to note here is that psychiatric symptoms can often be traced to undetected physical conditions and when the physical condition is remedied the mental symptoms often disappear or are mitigated.
​
Those exhibiting such symptoms would be well served with a thorough, searching medical examination by a non-psychiatric healthcare provider.

Under the pretense of caring for children and their fellow man, there are those who have vested interests in the utilization of psychiatric drugs and, thus, would try to refute this information. Because these statistics and cause/effect relationships are extremely difficult to deny, they seek to distract away from them and discredit the information by trying to nullify the messenger. Review the facts, decide for yourself.

There are those that will say that providing this information is an effort to provide justification for the heinous acts committed by these criminals. Nothing could be further from the truth. Individuals are responsible for their actions. Period. However, the information presented here will help provide an understanding of the mindset of these criminals and how they may have gotten that way.
There is a great deal of additional information about shooters on psychiatric drugs. Some of it can be found at these sites:

37 Mass Shooters Who Were On Antidepressants

If we are going to bring an end to these ongoing acts of senseless violence and mass murders, we must address the true source of these horrific crimes, and confront the truth about the fact that mind altering, psychiatric drugs motivate violence, suicide and homicide. We don’t have to just get used to this new apparent paradigm of life, and we don’t have to listen to the ineffectual yammering of those offering “solutions” that will not stop the violence. We can actually stop this societal madness by implementing the solutions above.